Welp, I’ve been feeling disheartened lately. Kind of an ennui brought about by yet more rejections and some legit thought about this whole teaching abroad thing. (Which is completely different from how I decided to earn my M.A., which was more along the lines of “Hey, that’d be cool, I’ll go… there!”)

But anyway, this isn’t about my feelings, because feelings are scary and terrifying and require one to look seriously at one’s self in order to determine something, anything about one’s self. And I don’t like doing that, because that’s how literary stories are born, and I find those to be detestable and boring by virtue of their navel-gazing and lack of spaceships. 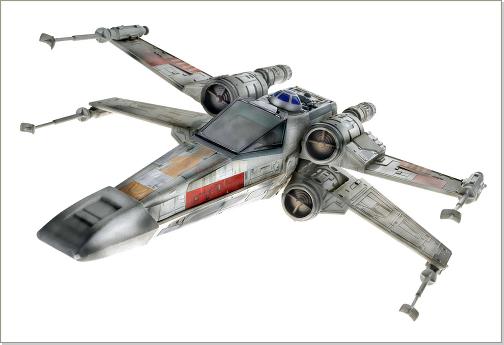 If it doesn't involve at least one X-Wing, I'm not that interested.

And I was thinking earlier, as I am sometimes wont to do, that it’s been a while since I’ve had a good blood-boiling rage-fest. Or, at the very least, had a blood-boiling rage fest directed at me. This got me thinking about my brief stint at The Daily Beacon, where I was so damn enthused to receive hate mail about all of my wholly irrelevant columns–which I might post up here one day, because hey, why not?

So, please, send me hate mail. I’ll go ahead and tell you my beliefs to make it easier for you.

Also, e-mails, please. (AaronCSimon[at]Gmail[dot]com) I forget about comments on here, and if it goes down on facebook, I’ll just try to troll you.

However, I look at reality TV and realize that most of humanity would happily douse itself in Axe body spray and move to New Jersey if that meant a couple hundred thousand dollars.

What are human rights? Well, the right not to be killed by your neighbor for singing “Friday,” for one. Also, everyone should at least have the right to free, quality education up to high school. “Quality” means that you’re in a classroom where scientific theories – like evolution – and laws are taught in a science class; poetry and works of literature are taught in lit class; history in history; and religion in… well, if you’re in a school with a Religious Studies class, you live in a nicer area than anywhere I’ve lived. After high school, it’s up to you; however, I believe that the government should fund higher education, because very few other people are going to.

I believe that everyone has the right to a long and happy life. This means–you guessed it–I’m a fan of universal healthcare as an alternative to private health care. The NHS in England’s got a lot of problems, but the UK also has private health care for those who want it and can afford it. Don’t know why we can’t have the same in the U.S., because this is America, and I’ve been led to believe we’re number one in everything. (Side-note, I’m a pro-choice person, because I also believe in the right to a choice. Pro-lifers, in my experience, are going into it with the doctrine of legislating a fundamentalist Christian morality, which I don’t like.)

And then there are others, but let’s move on.

On the flip side of that, I have a severe distrust of corporations. I feel this is legitimized whenever BP blows up an oil rig because of lack of safety precautions, resulting in dozens injured and many dead, and then claims that it’s not their fault and, if punished, they’ll take their money to a country that’ll let them blow the shit out of their workers. Or, say, when GE doesn’t pay any taxes over the course of a year. How is my benevolent one-world government to pay for educating kiddies when companies don’t pay their delicious tax money, huh?

Yes, even with the prequels.

Star Trek is for total geeks and dipwads who were shoved into lockers in high school because they weren’t able to be the cool nerds. Yeah, dork, go talk about your future ideal state and whether Kirk could kick Picard’s ass in a fight. Whatever.

I’ll be across the room. Force choking criminals because I’m a Jedi warrior-monk and fuck you, that’s why.

Also: Han Solo. Booyah. Nothing in the Star Trek universe can stand up to Han Solo.

I’d apologize for the prequels – because they are quite godawful – but, eh, doing so would mean me coming down off of my high horse–no, high tauntaun to talk to a mouth-breather stuffed into a red shirt with a squiggly not-quite-triangle stuck on his chest.

3. You – Yes, You – Stymie Me With Your Incompetence At Every Turn

If you’re reading this, and you’re offended by that statement, or you think it might be about you, it probably is.

Every time we are around each other, I am astounded by your inability to handle the simplest of tasks. You flounder where an ADD-addled teenager would flourish, and you displace your failures on those around you and meaningless trifles you deem to call “drama” in your life.

Need we go on to your “taste” in film and music? Not to mention books – mainly because the last time you picked up a book, you thought it was a novelty chocolate container. Oh, yes, I’m sure there are artistic facets in Michael Bay’s Transformers, just as there are things to be said about a steaming pile of dog dung.

I think about the heights where I would be if I had never crossed paths with you. I think about them and I despair. Not for myself. For humanity and all that it has lost.

4. This Hasn’t Been Edited At All

This entire thing has been essentially stream-of-consciousness. How dare I? Who do I think I am, not drafting anything? What sorts of hubris shall I gather, only to be eventually smote down by the gods upon Olympus?