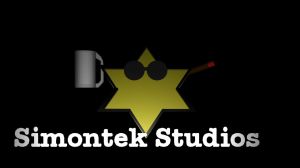 Because I compulsively write, I churned out the sequel to The Attack of The Weretimberwolf-Hybrid in a few days.

It is a simple story: In the wake of the Weretimberwolf-Hybrid’s release into the United States, the beast has begun killing everyone in sight. Faced with failure, General Falcon has committed suicide and 5-Star General Hawker has gone insane.

The case was turned over to a special NATO tribunal made up of two mysterious generals named Penguin and Pelican, who convince Hawk to unleash another secret weapon: The Vampire Corps. But can the blood suckers be trusted?

This, of course, falls under the realm of stuff I’d really like to make.

END_OF_DOCUMENT_TOKEN_TO_BE_REPLACED

Not quite what I had in mind. From

In my last semester at the University of Tennessee, I took a course in screenwriting. It was one of the best classes I took, mainly because the professor pushed students to do an insane amount of work. You know, it was a constructively pressure-filled atmosphere, if that makes sense.

Part of the insane amount of work was the requirement of churning out a scene (read, about a page’s worth of material–any more than that and Dr. Larsen would go apeshit and scream, “No, no, no!”) three times a week and turning it in, so that he could go over it about six times with six different colored pens. Yes, I know, this makes him seem completely insane, but it was a great, great way to learn about writing screenplays. Nothing like abject terror and multiple colors of ink to push you to excel.

One of the assignments was to create a scene that used a montage. I have no idea how I came up with Clowns With Swords as a premise, but, hey, caffeine does amazing things to my brain.

And, as with everything tossed into the Scripts and Simontek Studios category, if I ever had the opportunity to film it (and direct it, since in the words of an agent at the place I’m interning at, “screenwriters get shit on”), I’d be all over it.