5 More Things The Masses Do Which Annoy Me 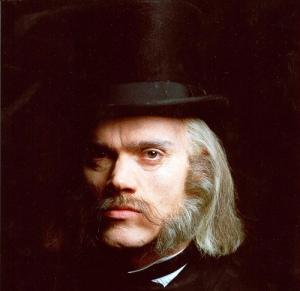 A picture of our esteemed author

Well, the well has seemingly run dry for a bit. Going through an imagination drought aside from the ideas that are being reserved for my second book. Luckily, as I was trying to think of something to make up for the site, I received an e-mail from the estimable Reginald St Smythe-Smythington Holst-Dulverton BA, MA, PhD, MD, JD. It seems his shrink has asked him to write another list, and he’s seen fit to send it to me. Thus:

It has come to a head, so to speak. On a recent outing outside of my manor’s grounds and into the festering cesspool of the working class that is Canterbury, I happened upon a “festival” of sorts. While–no doubt–the gathered unwashed masses there believed they were doing whatever it is the working class does whenever they feel compelled to stain the day with their presence, I had another reaction: Severe revulsion. To wit, I nearly vomited upon my driver, but managed to avoid such an embarrassing event.

After concluding my business in that wretched pit, I phoned my psychiatrist and told him to be ready for an emergency appointment. He protested that it was his day off, or some such nonsense, but then I dangled an extra four hundred pounds in front of his face and his protestations ceased.

We met, and I talked at the man for an extended amount of time. Eventually, though the detestable wretch kept looking at his watch and–I fancy–was completing some sort of crossword puzzle behind his notepad, he asked if I kept up with my online journal. I nearly stood up and threw the blasted sofa at the man, but contained myself. I then explained that after the initial entry, I realised that to continue on in such a fashion would be reminiscent of a homosexual.

The prat said that he would not prescribe me any of the medications for which I so yearn until I created another entry, and my wife–may she drop dead soon from her incessant headaches which, if there were a just and loving deity, would turn out to be an inoperable brain tumor–has refused our twice-annually copulation until I create another entry. And so, in order to save myself the disease which would surely follow hiring a prostitute, I “blog” as my youngest progeny–Ruprict, the one who has the disconcerting habit of disappearing into the wilds of Siberia for several months at a time–would say.

1. Brag About Not Reading

I am well aware that I discussed the lower class’s lack of desire for reading in the last instalment, but I have recently run into a new breed of imbeciles and Neanderthalic sub-humans: Those who brag about, and, indeed, create a “show” about not reading.

I recently experienced this phenomenon on a weekend trip to the Colonies suggested by my wife–may she experience diseases which died out aeons ago. In that seething boiling-pot of deprivation known as New York City, there exist a class of young professionals (some of whom are audacious women) who call themselves “the elite.” Others refer to them as “yuppies.” I prefer to think of them as “primeval slugs.”

They bedeck themselves in cheap imitations of Saville Row tailors–though they believe that they wear fresh London suits. (As it should come as no surprise, no God-fearing English [GOD SAVE THE QUEEN] tailor would stoop so low as to sell to Colonials.) They eke out a living in apartment-houses in disgusting skyscrapers in their island of hubris. Some of them think it worth their time to express how many dollars they paid to look upon a stunted tree growing in a miserable placed called Central Park. Rather horrible, all around.

At any rate, one of the disturbing characteristics of this sub-human species is their intrinsic dislike of all things bound and printed – unless it is their own stock portfolio. When cornered by one gel-haired plebeian masquerading as a member of the elite and wearing an obvious knock-off of a Rickard St Lorraine (as you all know, St Lorraine emblazons French flags in every pinstripe – this snail’s suit had no flags), I attempted to engage the troglodyte in conversation about a recent controversial decision regarding the Man Booker Prize.

I would be remiss if I were to fabricate a quote for this “person,” so I shall thus share what he said, verbatim, as it has been branded into my head and shall not depart: “Dude, I don’t read, bro. Haven’t read a fuckin book since Choose Your Own Adventure in elementary school, am I right?”

Needless to say, I took out my pen and stabbed the bastard in the right eye. He cursed, to be sure, but I cannot be held responsible for the man’s lack of taste. (And, in order to appear just, I left him a business card for a leather shop in Hell’s Kitchen which, I’ve been told, has a wide array of eye patches.)

Upon my return–and after settling the pitiful excuse of a lawsuit the man tried to hit me with–I found that a significant portion of the English (GOD SAVE THE QUEEN) population does not read. If I were able to, I would go around and stab all of them in their eyes for their own good. Alas, I cannot.

If one is not using one’s eyes for anything but ogling women in the throes of depravity, then one does not deserve the use of eyes.

There is a fashion in this land wherein individuals consume foodstuffs known as “kebabs.” I pray that the reader is not aware of these abhorrent jokes upon cuisine, for they are verily everything wrong with modern English (GOD SAVE THE QUEEN) sensibilities.

To begin, they are foreign in nature. As my closest compatriots are aware, I eat only English (GOD SAVE THE QUEEN)-grown foodstuffs and, thus, I honour my ancestors’ noble house. (It is a veritable fact that the Holst-Dulvertons were, up until the wretched common folk began taking over the country, the head retainers of the Crown.)

However, the masses will eat anything that is presented before them. They are, generally speaking, swine at a trough, gobbling up anything that resembles edible material. And this “kebab” is proof-positive.

The kebab was introduced by the slavering, drooling Turk as he began ravishing England (GOD SAVE THE QUEEN) and her economy. As the Turk crawled out of its pit, the Turk found that every English (GOD SAVE THE QUEEN) person, even the lowliest iron-worker, was its superior. Thus, like the conniving insect it is, The Turk began creating a concoction that would stop up even the most robust of hearts and, thus, pave the way for the Turk’s conquest of this fine nation.

I am told that in the God-forsaken North, everything is fried. This adds further credence to my idea that, for whatever reason, the English (GOD SAVE THE QUEEN) race is killing itself, and the process must be stopped.

It is only a short time before bangers and mash, and fish and chips give way to curry and kebab. At that point, we are all doomed, and the masses will welcome that doom with open arms to the tune of the never-ceasing Idiot Box.

3. They Worship The Television

I once endeavoured to write my feelings on the matter of the television, but found that thinking about the subject rendered me into a base individual. After a long period in which I remember no details, I awoke to consciousness seeing that my writing chambers (which take up the East Wing in my manor’s estate) had been obliterated with what seemed to be a sledgehammer and an axe.

Thus, I shall not write too much on this subject.

I shall only say that there should be a scientific study (performed by no one whose name sounds or could be confused with “Patel”) into my hypothesis that the Idiot Box is powered by sucking brain cells out of individuals’ ears.

4. They Wish To Raise The Minimum Wage

I shall say initially that I am opposed to a minimum wage at all. The engine of Western Society, and thus Decency, is run on powerful individuals of will. The interference of government in this will–or, shall I say, Industry–only results in the crushing, killing blow and the death-knell of civilisation.

However, it is a sad fact of the times that our fine, glourious nation has a minimum wage. Never fear, there is a strong contingent of upstanding Englishmen (GOD SAVE THE QUEEN) who have been working to minimise the damage caused by this abortion of decency. Of course, that can only go so far.

The masses wish to be paid more for their menial labour. I say, such an idea should be punishable by flaying. The masses should be humbled that we, the fuel and soul of this country, deign them worthy to have jobs at all. In my experience, the small minds of the Orientals are better fitted to assembling worthless trinkets, yet I realise that it is for the good of the nation that  my factories are based in hellholes like Liverpool and Manchester.

And yet, the masses have the audacity to demand – not request! – a minimum wage. They cry that it is for a “living wage,” but I say to them, “you barely have a life worth living. It would be better for you if all of your lot were summarily executed and replaced by robotic men, but I am told by the Archbishop that to do so would be a crime punishable by death as defined by the vacuous and slavering European Union.”

It is utterly repellent, and if I were able to speak to my wife–may she be consumed by insanity–without feeling the urge to go out and murder someone, I am certain that we could bond upon our mutual hatred for any person who earns less than four hundred million pounds per annum.

Never fear. I feel comfortable saying that this shall be the last time Parliament gets its way in the notion of a minimum wage. All shall be made right shortly.

“Oh look,” the masses say, “it is Sir Richard Branson, acting a man-child for all the world to see. Isn’t it wonderful?”

What a horrible example of wealth.

Charity is not a virtue, it is a plague, as every person worth their salt knows.

If the world wishes to burn under the by-products of industry (by which I mean “greenhouse gasses”) then so be it. All in the name of progress.

And naming every iteration of his fever-dreams “Virgin.” The utter depravity.

Would that I could form more of a coherent response, but I am so fully enraged that I must call upon Geoffrey to round up some of the homeless from the cesspool Canterbury so that I may hunt them in the maze.